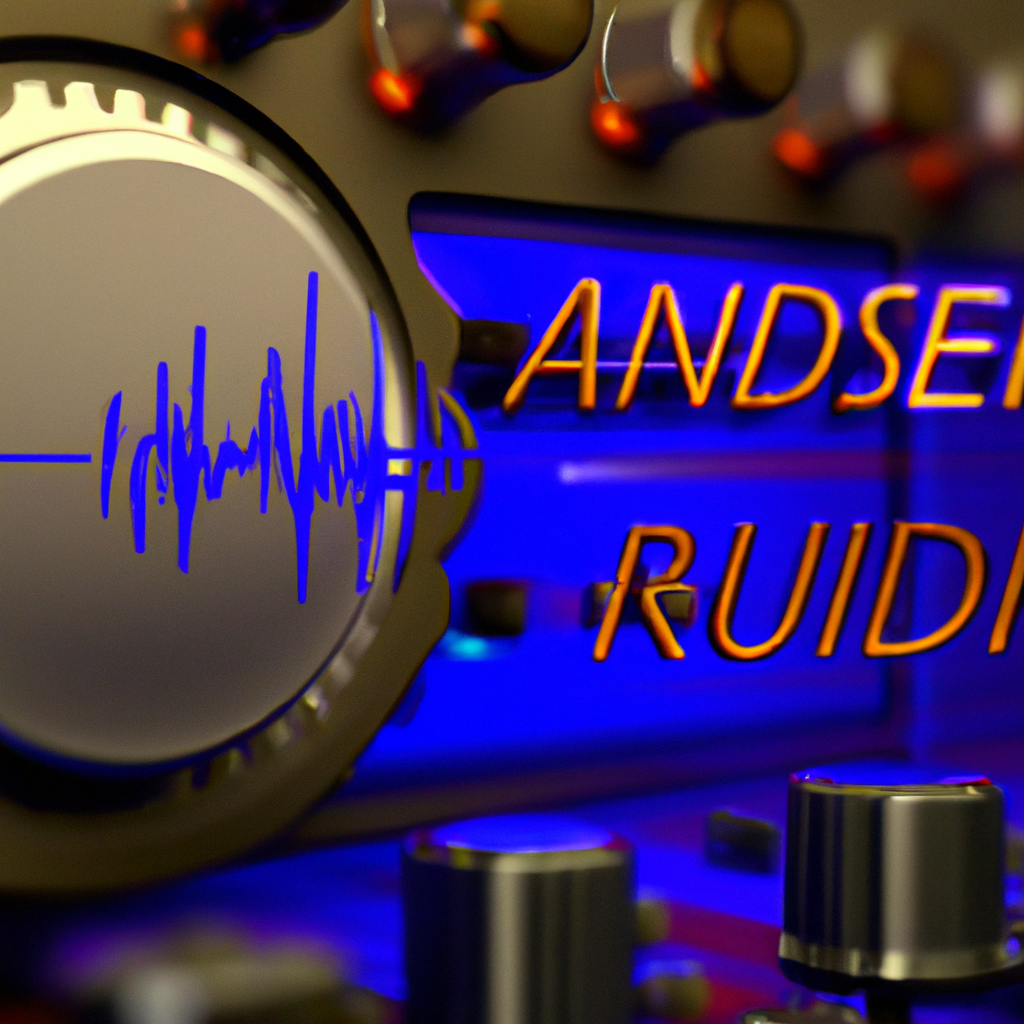 Welcome to the world of LUFS! Although this acronym may be unfamiliar initially, it is a handy tool for audio engineers. This blog will discuss the ins and outs of understanding LUFS to ensure you get the most out of your audio projects. So please grab a cup of coffee, and let’s start our journey into sound!

LUFS, or loudness units relative to full-scale, is a unit of loudness measurement used in audio production. This measurement standard was developed to provide a more consistent way of assessing a mix or master’s overall volume level across different platforms.

LUFS measures an audio file’s integral (or integrated) loudness level over time. Each digital platform has standards for what it considers appropriate as a “reference level” for maximum playback volume. LUFS takes into account not just average levels but also short-term peaks and fades, making it ideal for ensuring that the final audio delivered to consumers satisfies the technical requirements of each platform concerning loudness.

The target LUFS range for streaming is typically -14 ​LUFS​ ​for music and -16 ​LUFS​ ​for spoken word audio content. However, this range can vary depending on your chosen streaming service or delivery method — always check with them beforehand to confirm their recommended standards and best practices before submitting content.

LUFS (Loudness Unit-Full Scale) is a compatibility loudness standard for audio measurement and production used to measure and specify the perceived loudness of modern audio recordings. First developed by its creators as part of the EBU R128 standard for broadcast audio production in 2010, it has since become a widespread industry standard.

LUFS is similar to other established loudness measurement systems, such as Gain (dB), PLR (Peak Level Ratio), ITU-R BS.1770-1 (K-Weighting), and RMS Level, however, it provides an improved way of measuring loudness that takes into account how our ears process sounds. LUFS allows audio professionals to achieve the desired volume without clipping or distorting signals on different playback systems like radio or television networks by recognizing how levels change depending on their frequency range.

LUFS’s popularity among streaming services such as Apple Music, Spotify, Deezer, and SoundCloud stems from its ability to measure both short and long-term loudness in a single process — meaning producers can get more accurate results with significantly less effort than with previous versions of standardized measurements. It also allows them to produce better-sounding tracks tailored to consumer preferences across different networks, which wasn’t always possible with other systems.

In recent years LUFS has been adopted by several professional mastering studios around the world, offering an easier way for producers and engineers to achieve their desired sound while remaining compliant with industry standards.

LUFS (Loudness Unit Full Scale) is a loudness measurement system that quantifies the subjective impression of an audio source. By using LUFS, producers, engineers, and other audio professionals can quickly and accurately measure the perception of a mix by assessing numeric data rather than relying entirely on their ears’ judgment. This objective measurement system also accounts for various listening environments and sound delivery systems and is particularly useful in audio production.

Utilizing LUFS can bring several benefits to your audio workflow:
-You can ensure that your mix is within an industry-standard loudness range (the generally accepted target LUFS range is -23 dB to -16 dB).
-LUFS also offers a degree of consistency regardless of the listening environment or device used, as it considers many potential sound qualities.
-As loudness measurements are numbers with precise ranges, you do not need to rely entirely on your ears’ judgment to assess or compare mixes — numerical measurements provide an accurate method for consistently comparing different mix revisions.
-Finally, LUFS allows you to easily monitor any changes that are made during mastering, which may be necessary if you use multiple sources, e.g., radio broadcasting or streaming services with varying requirements of perceived loudness levels

How to Measure LUFS

Measuring Loudness Units (LU) relative to Full Scale (FS) or LUFS is the standard used to measure the overall loudness of a mix. It’s essential to understand how these measurements are performed and how they are applied to get consistent results. A good way of understanding the concept is to compare it to peak levels, as this can better understand how loudness measurements are built and help you determine whether or not your mix is too loud.

LUFS is a logarithmic measure of audio level relative to Full Scale (FS). LUFS stands for Louder Uniformly Full Scale, which means that everything below 0LUFS will be silent, while anything above will start playing with increasing volume up until 0LUFS. This means that each unit measures approximately 3dB louder than the last. When measuring in LUFS, every 3dB increase doubles the perceived volume of a signal, and as you get closer to 0 LUFS, it gets closer to 100% full-scale level (which would distort if you passed it through an amplifier). To ensure consistent mastering, most commercial releases have an average primarily between -14 and -8LUFS, with peaks at around -2-3LUFS.

To accurately measure LUFS on your mixes, some tools are available for this purpose, such as EBur128 or TT Meter plugins that work with DAWs, such as Pro Tools or Logic ProX platforms. Once installed on your track, these plugins will show a waveform visualization with colored lines marking various levels like Momentary Loudness (dynamic jumps), Short Term Loudness (average over 8 seconds), and Program Loudness which is an integration over the entire song length, so short openings or endings segments do not influence it but reflects on how loud the mix sounds when listening continuously mostly between -10/-14LUfs.
Using these tools can give you a more precise idea of your music’s dynamics, allowing you more control while mixing and giving you ample opportunity to improve your sound before hitting the mastering stage and publishing it commercially.

LUFS, or Loudness Unit Full Scale, measures the loudness of a given piece of music production used to ensure consistency across different platforms. LUFS is an essential element for radio stations and streaming services in the music industry.

LUFS allows for volume adjustments without negatively impacting the dynamics of a track. This adjustment can be highly beneficial when balancing levels in a mix. It also allows your audio to sound as good on any devices it’s playing on, and it prevents your tracks from overly clipping when played louder than intended volumes.

It is essential to measure the LUFS levels of your future releases if you are an artist or producer, considering industry standards accept only audio with an average loudness between -14LUFS and -16LUFS. Examining this measurement can help you decide if specific sections need additional tweaks before mastering them to be accepted by online platforms such as Spotify or Apple Music.

In addition, many streaming platforms have adjusted their algorithms according to the integration of LUFS, so having a track mastered correctly with suitable levels can provide you with better streaming promotion opportunities even though it isn’t part of their algorithm.

LUFS (Loudness Units relative to Full Scale) is a measure of loudness used when working with audio. LUFS allows audio engineers to compare audio against a target level and adjust it accordingly to maintain the desired volume level. Broadcast specifications use LUFS so that audio levels can be measured and monitored against the maximum accepted broadcast level while remaining within their desired loudness range.

LUFS is often used in broadcasting to measure and adjust loudness for radio and television broadcasts to ensure that sound remains consistent across audiences. This helps producers maintain the intended atmosphere, emotion, or story through the appropriate sound levels without worrying about over-modulating or distorting sound effects or dialogue across nations or regions with different broadcast levels. Because LUFS does not consider peak loudness, it also enables engineers to create dynamic mixes without sacrificing overall intelligibility for louder elements.

LUFS, or Loudness Units Full Scale, is a measure of audio loudness that considers the entire audio spectrum. It is an international standard used by streaming services such as Spotify and Apple Music. When mastering a track for digital distribution to streaming, mastering engineers aim to achieve loudness levels between -13 LUFS and -16 LUFS.

When streaming services analyze audio content, they check the LUFS measurement of each track. This helps streaming platforms ensure all tracks have consistent playback levels regardless of when they were originally mastered. LUFS also determines dynamic range compression, which can be used to control how loud a track will sound on different devices.

LUFS provides an industry-wide agreement on what constitutes ‘loud’ in terms of playback level and dynamic range compression on any device across any platform. It allows for more accurate streaming performance metrics and ensures all tracks have similar levels during playback, leading to a better user experience overall!

In conclusion, understanding LUFS is essential for producing audio that meets industry standards. By using the LUFS meter to monitor and measure loudness levels, producers can ensure that they mix efficiently with consistent results. Additionally, working with a certified mixing engineer who is up to date on the loudness regulations can help ensure that your audio has the correct levels and quality for the online streaming platforms. To ensure that your audio has the maximum volume potential in its final form, it is essential to consider LUFS when mastering and producing music or audio content.

I am the host and producer of the Dead America podcast.

You can find out more about which cookies we are using or switch them off in settings.

This website uses cookies so that we can provide you with the best user experience possible. Cookie information is stored in your browser and performs functions such as recognising you when you return to our website and helping our team to understand which sections of the website you find most interesting and useful.

Strictly Necessary Cookie should be enabled at all times so that we can save your preferences for cookie settings.

If you disable this cookie, we will not be able to save your preferences. This means that every time you visit this website you will need to enable or disable cookies again.